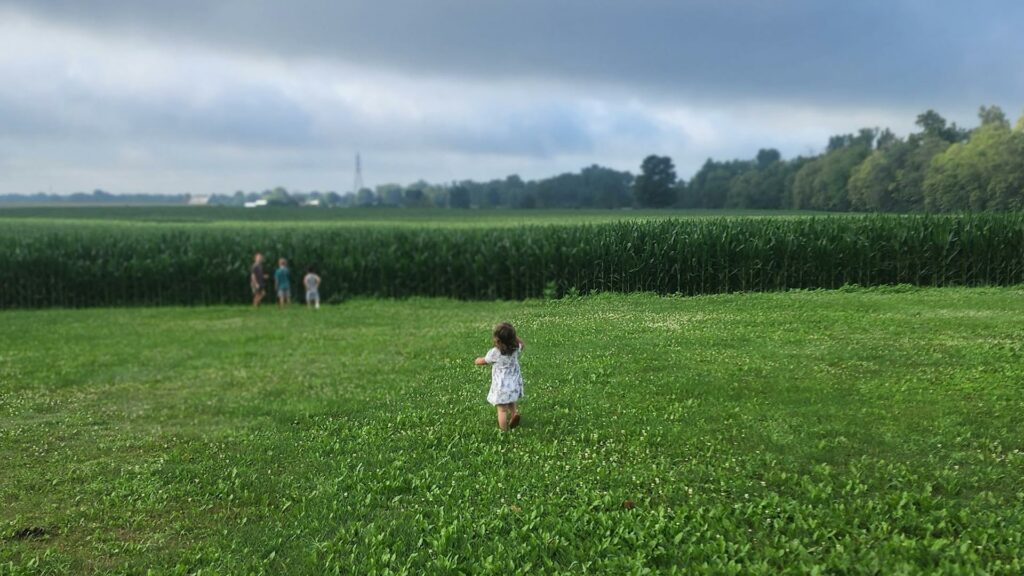 My children are amazing.

I don’t just mean that in the “proud papa” way—that they are the most intelligent, most athletic, most adorable children on the planet. All that is true, of course, but what I am thinking of is how amazing it is that they exist. That they have bodies and brains and breath. That each of them has a unique consciousness, a unique personality, and a unique set of likes and dislikes. Each of them is totally distinct from each other and from their parents.

Or maybe not totally distinct. If I look closely, I see my daughter smile in a way that looks just like her mother. Or my son makes an expression that floods me with memories of his great-grandfather.

Yet just a few years ago, none of these little ones existed. Then, in one instant, a part of me merged with a part of my wife, and our child was there. It happens in a flash (perhaps even literally). What was merely a couple of insignificant cells just moments before becomes something precious, something priceless, something of infinite worth.

That embryonic baby was too small to see or feel, but already distinct. Just a few weeks later, his heart would start beating, arms and legs would emerge, eyes and ears would begin to form. All of that was happening inside of my wife. And though her body was working very hard, the process was completely beyond her control.

What was merely a couple of insignificant cells just moments before becomes something precious, something priceless, something of infinite worth. Click To Tweet

It really is unspeakably profound. A woman’s body contains everything needed to produce another human being—everything except for one microscopic, essential component that can only come from a man. And it can only come in the most personal and intimate way possible.

Don’t let the fact that babies are born all the time dull your awareness of the glory and beauty of it. If it is a wonder and marvel that fruit can grow from a seed that came from a fruit (and it is), then how much more significant it is that a living creature can generate another just like it. And if a dog giving birth to puppies or a cow giving birth to a calf is breathtaking (which it is), then how much more awe-inspiring it is when a woman gives birth to a baby boy or girl. A boy or girl she has been already nurturing for nine months. A boy or girl unlike every other boy or girl on the planet.

And yet, there is clearly more going on than just a remarkable natural process. It is mysterious and miraculous that a creature would be able to reproduce itself. To generate another of its kind, but not a carbon copy. We are not talking about an assembly line of identical cars or computers, but entirely new beings.

Within humanity, of course, the glory of this miracle is most vividly displayed. The body of a woman may have all of the necessary components to grow and sustain a tiny life, but it is evident that a master Sculptor is at work, molding cells into their proper form and function and instilling a consciousness, a conscience, a personality, and a purpose.

The Bible describes all of this beautifully:

“For you formed my inward parts; you knitted me together in my mother’s womb. I praise you, for I am fearfully and wonderfully made. Wonderful are your works; my soul knows it very well. My frame was not hidden from you, when I was being made in secret, intricately woven in the depths of the earth. Your eyes saw my unformed substance; in your book were written, every one of them, the days that were formed for me, when as yet there was none of them.” (Psalm 139:13-16)

Don’t let the fact that babies are born all the time dull your awareness of the glory and beauty of it. Click To Tweet

God is the master Sculptor, of course, doing the work that humans could never begin to accomplish on their own. He issued the command for people to “be fruitful and multiply” (Genesis 1:28), but He is the only one who can ultimately make that happen. He creates a life, forms it, and breathes a conscious soul into it. He chooses to begin that process with the union of a man and a woman, while completing it within her womb. And, as Psalm 139 so powerfully proclaims, He knows every moment of every life, from conception onward.

Because all of that is true, we rightly grieve when a life comes to an end, no matter how many moments it was given. We grieve, but we can also hope, because we know that the most amazing thing about human life is that it was designed to last forever. It is a humbling and exciting thought that the children created by God through my wife and me were created to live for eternity.